What is Apple Cider Vinegar?

Pure Apple Cider Vinegar or ACV for short is made from the juice of fresh apples which is left to ferment for several weeks at normal room temperature. It’s that simple. Nothing is added or taken away. At the end of the process, the liquid is bottled. It will be cloudy with sediment resting at the bottom of the bottle and will taste of bitter apples. When purchasing, it should be unpasteurised, unfiltered and preferably organic.

It’s always best to try and check how the bottle of Apple Cider Vinegar has been made if at all possible. In today’s highly commercialized world, vinegar may be made in a matter of days and even watered down, so attempt to find the genuine product.

What are the benefits of Apple Cider Vinegar? 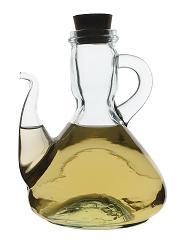 Apple Cider Vinegar came to prominence in the 1950’s with the belief in folk medicine that it could cure a number of ailments such as arthritis. It is thought that apple cider vinegar health benefits include improving both indigestion and helping to correct liver excess, but research on this topic is very weak.

What is the Apple Cider Vinegar Diet?

There is a school of thought that believes if you consume 6 – 12ml of Apple Cider Vinegar approximately 3 times a day - magic happens! Allegedly, drinking Apple Cider Vinegar boosts your metabolism which in turn will burn and reduce your fat levels, resulting in weight loss. Additionally, it lowers both your cholesterol and blood pressure. As the vinegar is very bitter and sour, it’s best to mix with water and something sweet before drinking, honey is often suggested. The benefits could simply be folklore or some popular myth, the simple truth is we don’t know. We haven’t found any scientific research – if you know of any please send it on to us. However, it’s something to consider as an additional supplement to your new healthy eating routine.

It is a fact, however, that apples do contain pectin, which has been found to help lower levels of cholesterol, as the pectin acts as a barrier from some of the fat we consume getting into our stomach. To understand more about apple nutrition read here.